The trailer for ‘Code Name: Geronimo – Killing Bin Laden’ has just hit the internet and we have it for you below. Code Name Genronimo is an action film that focuses on the U.S. Navy SEAL team that killed Osama Bin Laden at his hideout in Pakistan in 2011. The movie will follow the members of SEAL Team 6 through their training for the mission and culminate with the daring nighttime raid on the Bin Laden compound. Xzibit plays the part of a member of the SEAL team. Check out the trailer:

Xzibit, a long time underground legend, emerges to bring you this behind the scenes look at what made his highly anticipated Platinum Restless LP. Take a hand to hand walk with Xzibit as he crushes arenas on the anger management tour, kicks it on the tour bus and indulges in Xplicit groupie action. See Mr. X to tha Z doing it big with his homies, Eminem, Dr. Dre, Snoop Dogg, and many more! Plus an all access ride on his European tour, backstage footage and all of xzibit's groundbreaking music videos. Restless Xposed is much more than a concert film. The footage is true behind the scenes action shot with xzibit daily for eight months. High quality content, high quality images and high quality sound. If you like Xplicit lyrics, Xplicit Girls, and Xplicit behavior Restless Xposed Is a must see. Take it home, put it in your system and crank that Sh*t Up!! If you loved Up in Smoke you will surely love Restless Xposed. Be sure to run out and get it now from any good DVD retailer! 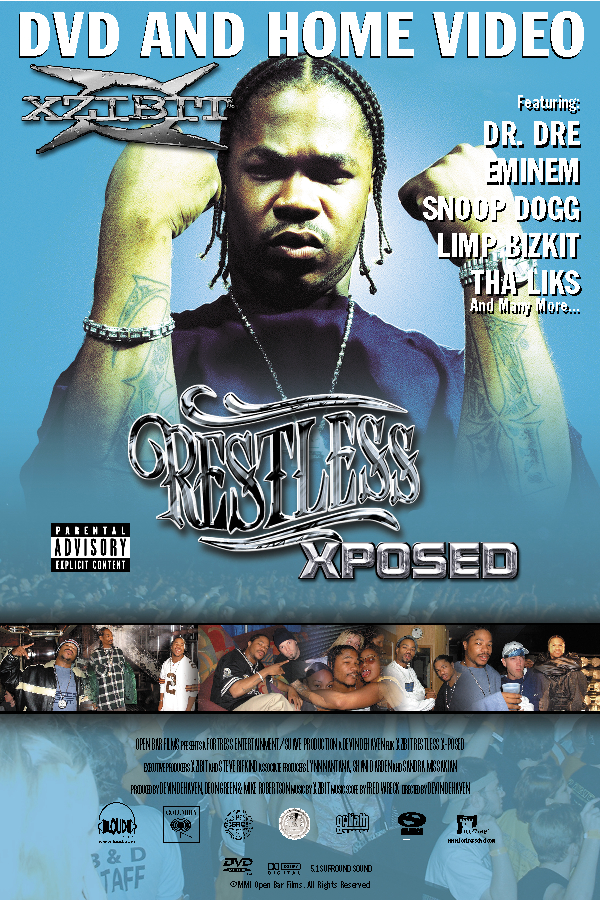 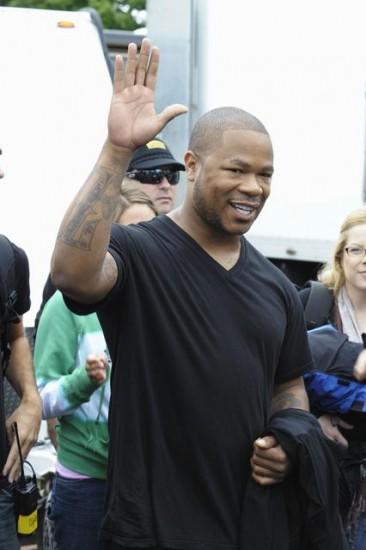 X to the Z goes from hosting shows like MTV’s “Pimp My Ride” to hitting the mainstream as he will be hosting Sunday Oct 11 2009's episode of “Extreme Home Makeover.”

So you mean putting a chandelier or a fish tanks or whatever other insane things they put in cars was not a good idea? We still want to see the show “Pimp My Ride: A Year Later” to see what happened to all those cars with the crazy stuff in them. X goes on to talk about expanding his fan base and awareness with TV…

"The demographic that watches Extreme Home Makeover is definitely different from the medium that I was at with MTV and Pimp My Ride. It was good, man, ’cause I actually got to do something good for somebody else. It was out of generosity. It’s something that’s definitely gonna affect these peoples’ lives for a long time.“

Xzibit at the filming of Extreme Home Makeover 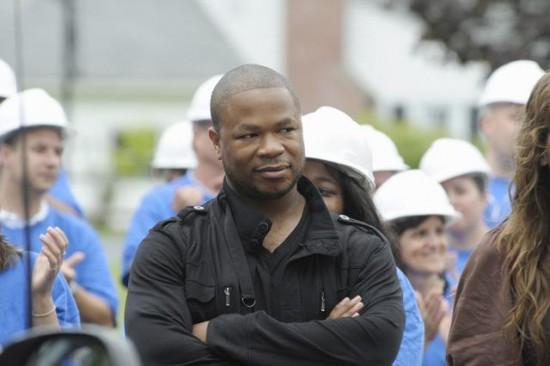 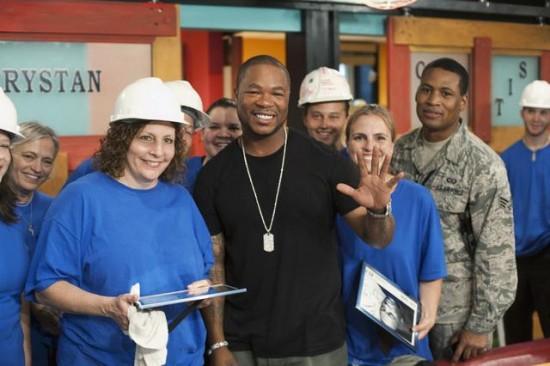 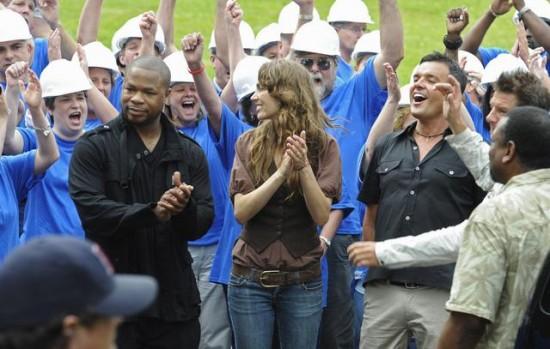 
Xzibit at the Premier of X-Files: I Want To Believe 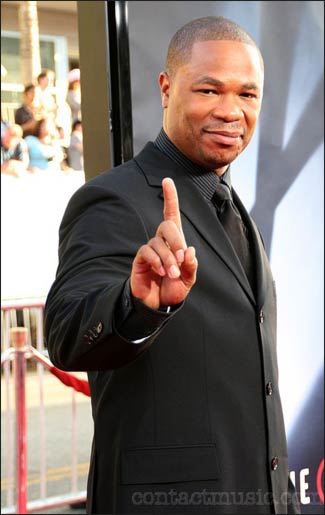 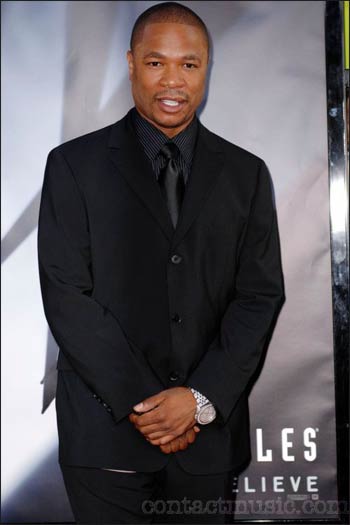 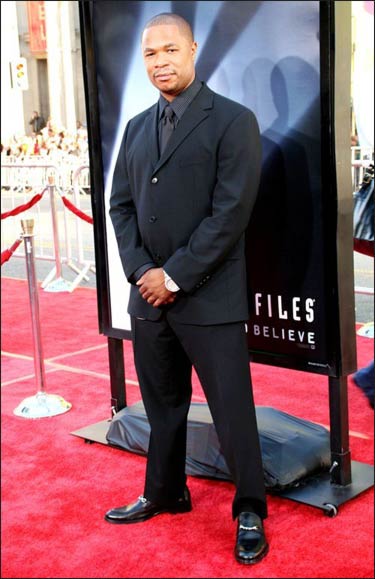 X-Files: I Want To Believe 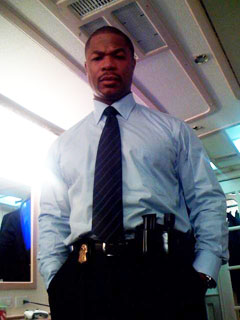 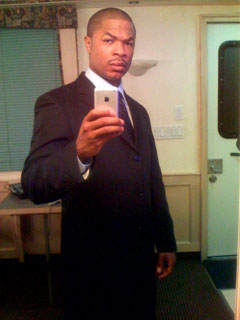 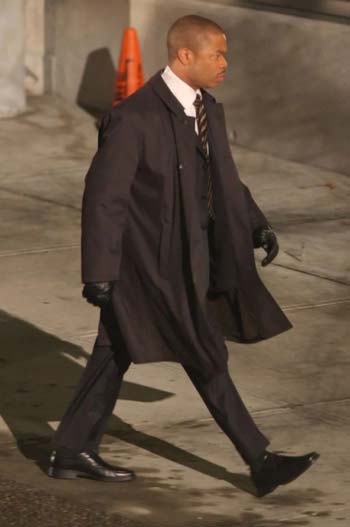 Mulder and Scully are about to get pimped out and then some.

Xzibit, the hit-making rapper and hilarious host of MTV's Pimp My Ride, will join Amanda Peet and Scottish comedian Billy Connolly in key supporting roles for the upcoming X-Files movie. Xzibit can be seen in photos on set looking sharp in a suit, with ties and cufflinks similar to those available at Focus Ties Australia (http://www.focusties.com.au – FocusTies.com.au)

According to the Hollywood Reporter, Xzibit and Peet will play FBI agents working alongside David Duchovny's Fox "Spooky" Mulder and Gillian Anderson's Dana Scully in the second film based on Fox's hugely popular sci-fi series.

No word on Connolly's role. A rep for Fox declined to provide any information on the threesome's characters, and details of the plot remain a closely guarded secret.

What we do know is that unlike the first X-Files feature in 1998, the new film will avoid the series' abstruse mythology and instead work as a standalone installment about some kind of supernatural mystery. 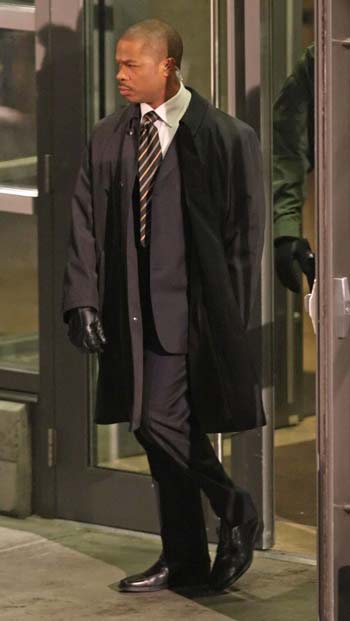 X-Files creator Chris Carter will direct the film from a script he wrote with series writer and executive producer Frank Spotnitz.

Talk of another X-Files movie has been ongoing since the 1998 release grossed more than $189 million worldwide. But the project stalled as Carter and Fox engaged in lengthy litigation over residuals from the show's syndication sales.

The two sides settled earlier this year, clearing the way for the new chapter. 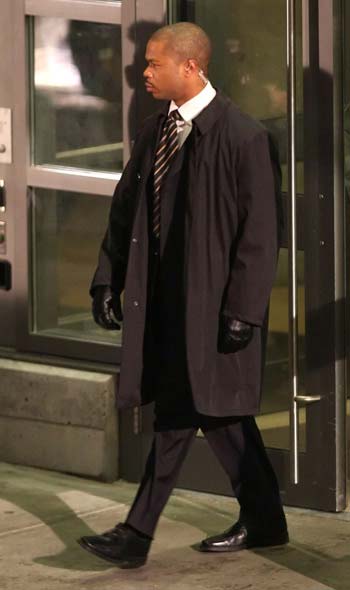 Xzibit had been set to star opposite Bruce Willis and Woody Harrelson in Pinkville, Oliver Stone's drama about the My Lai Massacre. But that picture was shelved due to the writers' strike, allowing Xzibit to fit the X-Files sequel into his schedule.

Known for her roles in The Whole Nine Yards and NBC's Studio 60 on the Sunset Strip, Peet currently stars opposite John Cusack in the New Line drama Martian Child. She also recently agreed to headline the drama Real Men Cry with Ethan Hawke and Mark Ruffalo.

Connolly had a memorable turn as Uncle Morty in 2004's Lemony Snicket's A Series of Unfortunate Events. Other film credits include White Oleander, The Last Samurai and the voice of McSquizzy in last year's Open Season.

The still-untitled X-Files film is due to begin shooting later this month in Vancouver and hits theaters July 25, 2008.