Xzibit is doing live shows across Europe on the ‘Loose Cannon’ tour, throughout October. See below for tour dates: 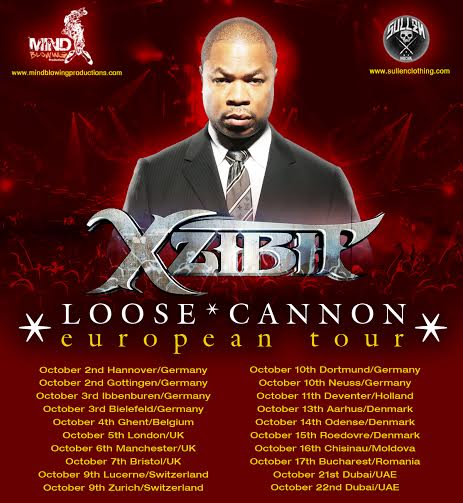 For more information and to buy tickets check with the venue of each show. For all live Xzibit shows go to https://www.xzibitcentral.com/info/xzibit-concert-tour-dates/ 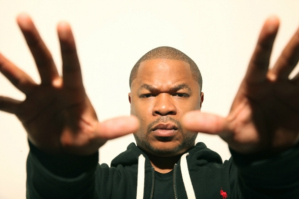 All of us here at XzibitCentral.com would like to wish Xzibit a happy birthday for today September 18th!

We hope you continue to kill it in your solo work as well as bringing more heat with the upcoming Serial Killers work! We are all looking forward to hearing the new tracks. 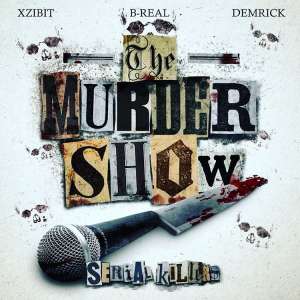 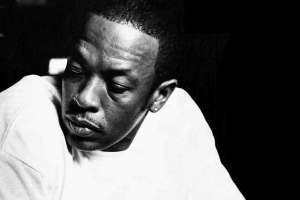 On the show, Xzibit featured upcoming Compton, California rapper AD, who he took on stage with him at Art of Rap festival in July.

Dr. Dre called about 10 minutes into the program to express his appreciation for Xzibit.

“The show is sounding incredible right now,” he said. “Thank you so much for filling in for me. This shit is crazy. I’m loving it. I’m so happy I made this choice.”

Elsewhere in the two-hour show, Xzibit shares his thoughts on the N.W.A film Straight Outta Compton and the album that the movie is based on.

“Congratulations to our founding fathers, the original members of N.W.A, to break box office numbers in the first weekend,” Xzibit says. “It’s made so much money and so many accolades, got so many nods from different places. I think it’s dope that something so real gets to shine and the attention that it deserves. To personally know these gentlemen after being a fan and then seeing it all come to fruition, it’s deserved. It’s good that something can be so inspiring to so many other people. I remember hearing a story from Dre himself, about how they went and did a show at the Apollo and got booed. And then right after that, they came back and released that album and then the world has been gravitating to them ever since. You never know. It’s a story about never giving up. It’s a story about being who they are and never apologizing for that.”

Xzibit details his relationship with Dr. Dre, which began with his guest verse on Snoop Dogg’s “Bitch Please. The song was produced by Dr. Dre and was on 1999’s No Limit Top Dogg. Sixteen years later, Xzibit was featured on the rapper-producer’s third and allegedly final album, Compton: A Soundtrack by Dr. Dre.

“When I got the call from Dre to come do ‘Bitch Please,’ which was the first time we had actually got down and sat face-to-face and worked on something, I ran to the studio,” he says. “I don’t even know if I needed a car to get there. So when I got in the studio, when I laid the track, it became a point of I thanked him for working with me. From there, it was kinda like the relationship built from there. Even since, Dr. Dre’s been a mentor. He’s been a friend. He’s also been somebody I can confide in. To get the call for Compton, it was exciting because he has so many other outlets and so many other emcees that he has access to, for him to see that there’s a special place for my man right here, so the fact that he heard me and envisioned that, it just adds to the fact that what we’re supposed to be doing here is supposed to happen.”

Dr. Dre posted on Instagram to announce the host change prior to the show’s air.

“Even The Dr. needs a vacation,” he wrote. “Mr. X to the Z taking over #ThePharmacy this week.”

Xzibit and Dr. Dre have also been working with Slim the Mobster, a former Aftermath signee, since his release from jail.

Los Angeles-based spitter Demrick has been solidifying himself as one of the West Coast’s most promising up-and-coming emcees. Last year the rapid-fire rhyme-kicker released the Serial Killers Vol. 1 album as one-third of a new super group that includes B-Real and Xzibit. Fresh off of a Canadian tour with Madchild, Demrick is fully focused on his upcoming solo Battle Axe Records debut, Losing Focus. Today Demrick delivers a new visual for the latest single off the project, “Skyscraper.”

With “Skyscraper,” Demrick shares the view from center stage and traces his journey from being an ambitious emcee sitting in the nosebleeds. Using his energized flow, Demrick plays lyrical ping-pong, serving up the then and nows of his old life to the more cushy settings he’s enjoying at present. Joining Demrick on the bouncy Cali Cleve production with a chop-n-screwed hook are Logic and King Chip. For his contribution, Logic pushes the verbal speed limit while bigging up his die-hard fan base and pointing out that his success was earned after a long road. Operating at a more moderate speed, King Chip tacks on a verse of his own and reps for his hometown of Cleveland with some boastful bars.
Demrick’s Losing Focus LP drops on February 24 – pre-order your copy now at iTunes.