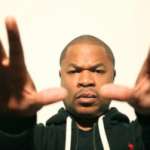 ​"If you go into the wild, you don't try to tickle the grizzly bears," advises the rapper-actor known as Xzibit.

For eight years, the West Coast hip-hop legend has been besieged almost daily by well-meaning fans expecting the genial genie from his MTV show Pimp My Ride — a wish-fulfillment fantasy program that ran from 2004 to 2007 and tricked out its guests' whips with everything from televisions to bowling ball spinners. Its success introduced Xzibit to a white, bro-heavy audience unfamiliar with his searing, heartfelt raps. An early Internet meme circulated his smiling face accompanying some variation of the phrase: "Yo dawg, I heard you like cars, so we put a car in your car so you can drive while you drive."

"I can usually deflect it or grin and bear it, but I'm human," Xzibit says, speaking from his spacious studio in an inconspicuous office park in Chatsworth, a few miles from his Porter Ranch home.

Read the rest of the interview at http://www.laweekly.com/2012-11-15/music/xzibit-carries-the-weight/