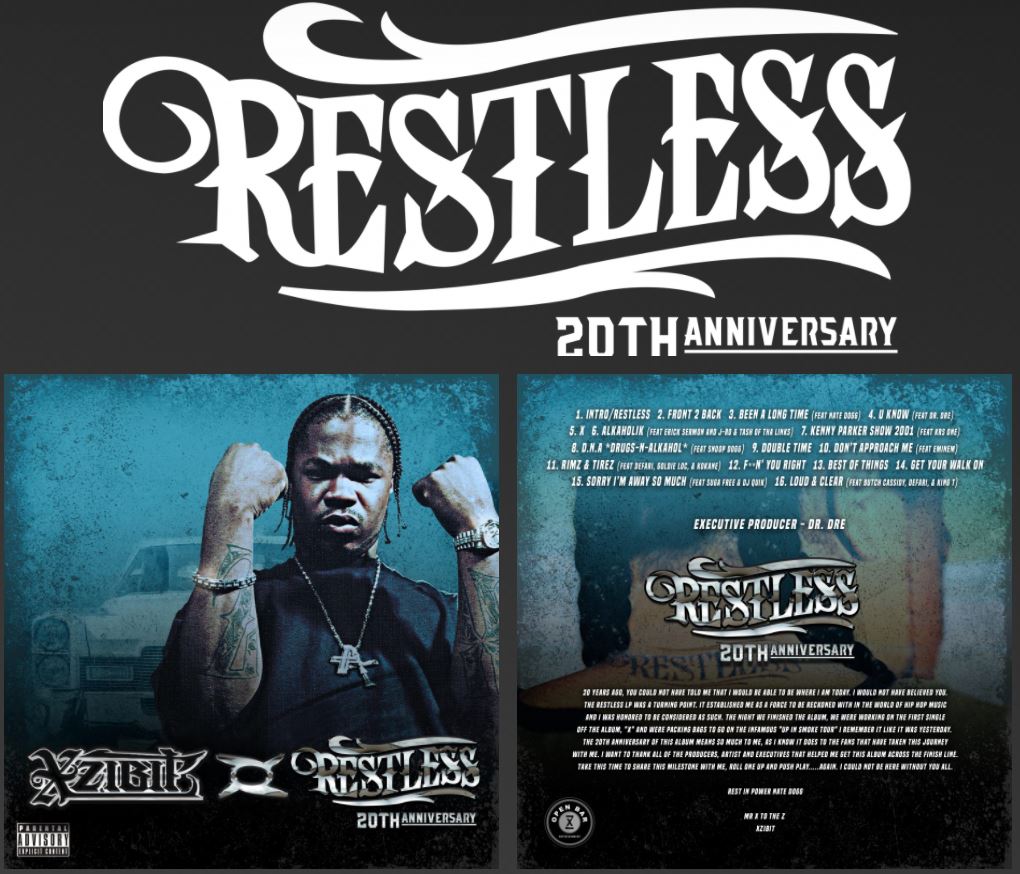 “I had just finished up in smoke tour, and was feeling on top of the world. It was time to record so I went to the studio and released all the energy that I had built up over two years touring performing recording with the greats. When I was finished with the record, We were trying to figure out the title of the album, DRE saw the tattoo on the back of my neck and it said “Restless”, he said that’s what you should call the album. Mr Cartoon did that tattoo, little did I know it would turn out to be the title of a life altering experience. 20 years ago this album came out and changed my life.

Check out the Restless 20th Anniversary website at: Restless20.com