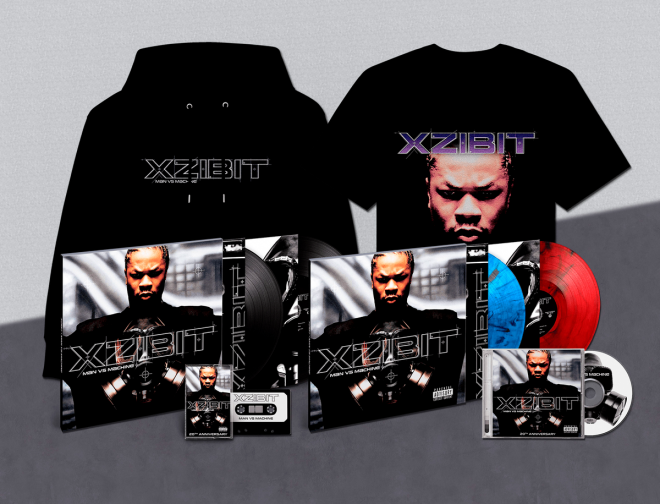 From its dramatic intro, “Release Date,” to the thundering West Coast march “Enemies,” Xzibit’s fourth and mythical album, Man vs. Machine produced by no less than Dr Dre, spent a total of 19 weeks on the “Billboard” 200 chart and was certified gold only a month after its release with over 500,000 copies sold.

The legendary album that features a heavyweight cast with the likes of Snoop Dogg, Eminem, M.O.P, Nate Dogg, DJ Premier and Dr Dre himself is now available for the first time since its original release, on an exclusive limited edition blue and red marble colored vinyl with three bonus tracks never before pressed on wax and remastered for the occasion to celebrate its 20th anniversary!

View the full range of merch including black vinyl, CD, audio cassette and in various bundles with an exclusive and official t-shirt and hoodie.

Additional info: Remastered for the reissue