Xzibit brought two forces integral to his music career together on "Napalm": Dr. Dre and The Likwit Crew. He tells DubCNN how and why he did it. On his recently-released album, Napalm, Xzibit attracted a lot of attention for his song "King Louis XIII." The Dr. Dre-produced record features early Xzibit mentors Tha Alkaholiks and King Tee, who joined him in the Likwit Crew. 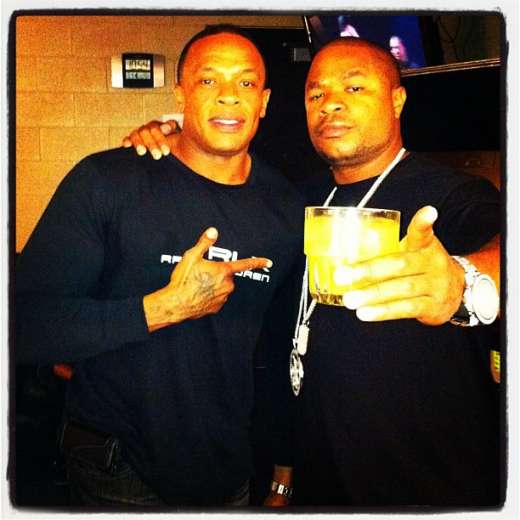 X explained to DubCNN.com how the song came together, especially since it was independently released on X's EMI-distributed Open Bar imprint. "First, you gotta get the track and I ain’t talking about him just giving you the beat! Dr. Dre gotta give you the beat and the paperwork with his signature on it and he’s got to give you the files. Once I saw Rob come in the studio with the hard drives, I knew I was in there!," said the rapper with a laugh.

Xzibit, who worked extensively with Dr. Dre on his  Restless and Man Versus Machine albums years ago, continued, "First of all, he’s one of my mentors, someone I look up to and someone I always confided in when it comes to this music shit – and the personal shit too, I consider him a friend. So when it came to doing this record, he gave me the beat and said if I can do something with it [to go ahead]. I brought the beat up in the studio and we got down with King Tee and Tha Alkaholiks. I told them we’ve got to do this and submit it to Dre and see if we can make this happen. So all the things fell into place, Dr. Dre blessed the track and it was good to get Alkaholiks and King Tee in the studio one time. I don’t think we’ve ever done a whole record like that! So for everybody to be on the same track under the banner of my album, it’s like coming home!"

Napalm is in stores now.

Read the full interview at DubCNN.com.