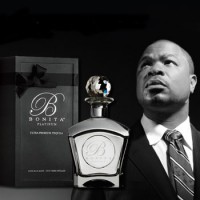 Xzibit will be signing autographs and taking photos with fans at the event December 15th and 16th at the US Airways Center in Phoenix, Arizona

Following the official announcement on November 19th, The Bonita Spirits Company is going to be showcasing their ultra-premium platinum tequila at Phoenix Tequila Fest. The event takes place on December 15th and 16th at the US Airways Center in Phoenix, Arizona.

Fans and tequila connoisseurs can sample Bonita, taste the signature cocktail “The Bonitarita”, meet Xzibit, and get autographs and photos from the hip-hop superstar.

“We’re really excited about this event,” says Chris Brown, CEO of Bonita Spirits. “This is going to be the first opportunity for the public to really experience what we have created.”

Tickets are available at Ticketmaster, the US Airways Center Box Office, and http://www.PhoenixTequilaFest.com for $45. Each ticket includes all tequila and food tastings at the event, plus bartending showcases and other exhibitors.

"Tequila is truly a global phenomenon which transcends all ages, ethnic backgrounds and cultures. We are thrilled to have Xzibit give a preview of his tequila at the Phoenix Tequila Fest before its formal launch in January. This event has become the platform for the newest labels to be showcased and sampled." – Juan Elias, Phoenix Tequila Fest

Bonita Platinum is the world's only five-times distilled tequila. The much-anticipated product has been met with critical acclaim, receiving multiple awards prior to launch.

For more information about The Bonita Spirits Company, visit http://www.BonitaSpirits.com