As often the case with global releases an artists CD will hit stores in one part of the world ahead of the rest. Xzibit's album Napalm hit stores in many parts of Europe on October 5th and has received good reviews from fans that have their hands on a copy. One Xzibit fan '@Heymsy' tweeted out the picture of his copy of Napalm: 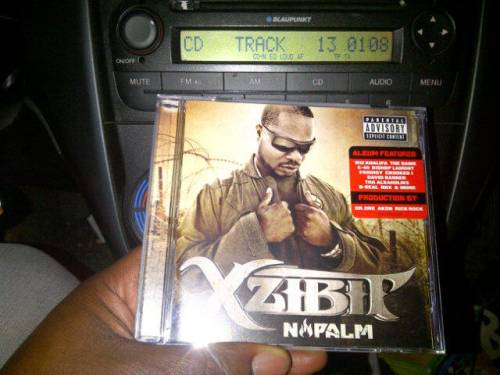 Twitter has blown up with fans talking about Napalm, here is a sample of what fans had to say:

‏@Heymsy: Im listening in my car this song from Napalm Album for @xzibit : Louis XIII it's my favorite song

@shawty187: just heard #NAPALM and for me its the best hip hop Album since #rollingpapers from @RealWizKhalifa Great Album!!! X to the Z is back

Napalm hits the stores in the US on October 9. Pre-Order Napalm at the iTunes Napalm (Deluxe Edition) page.

Keep it locked to XzibitCentral.com for more Xzibit Napalm news and tour dates.