There’s a lot of musicians that have their names associated with headphones, especially with Monster headphones. The Monster Tron T1 headphones may not have his name attached to them, but Xzibit is the celebrity that’s spending his time hyping them up.

X-to-the-Z is working closely with Monster for all it’s gaming lineup (as part of the Monster Game brand), and the T1 headphones are just the first of that line. Xzibit claims there’ll be more to come by the end of 2012 including controllers and game-specific HDMI cables. Unfortunately those headphones have been delayed several times over as Monster has had to tweak the design quite a bit over the past year, the aesthetics are about the same, however.

With the T1 headphones the big deal is that it will give you more precise locations of sound. So, as Xzibit put it, you can hear when someone is to your right but above you compared to other headphones where you might just hear them to your right. It would theoretically give you an advantage in shooters like Modern Warfare 3 compared to someone who would be using Turtle Beach headphones, for example. Or, as Xzibit put it: “why be a Turtle when you can be a Monster?”

Of course, you can also use the T1 headphones for listening to music. They actually ship as standard headphones, and turn into gaming headphones with the additional Game Box mixer. The sound, from the few times I’ve listened to the headphones since they were announced, it pretty great even for music, plus they looks cool when they light up. 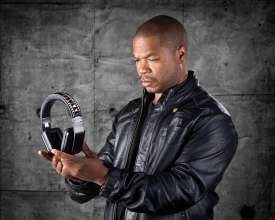 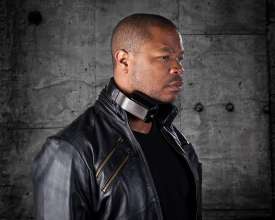