Xzibit will continue the Collateral Damage World Tour with 16 shows in Canada starting on November 8. Xzibit will make his way through Canada following the recent release of his new album 'Napalm', released on October 9. Here are the dates, cities, states, and venues of the 16 shows: 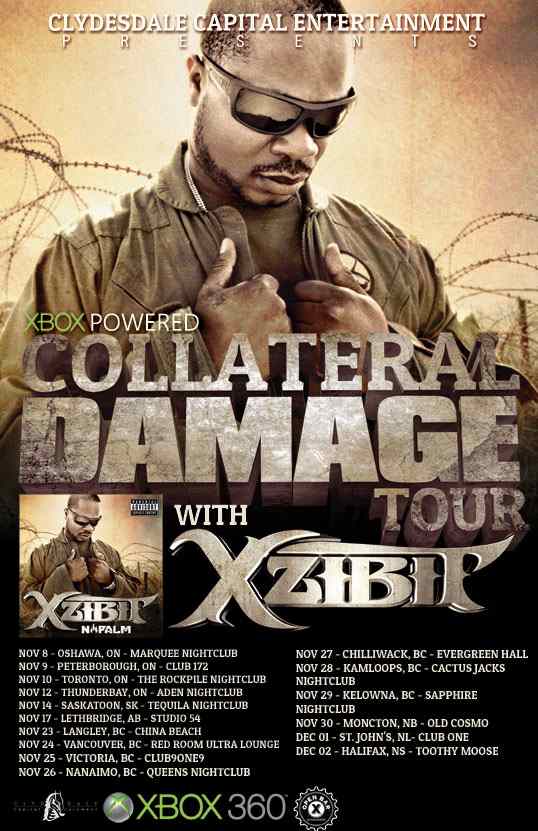