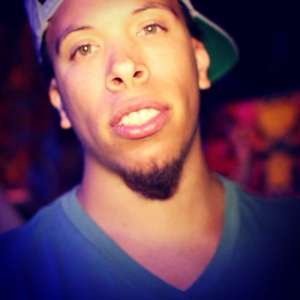 Xzibit reached out to Young De one day with an offer he could not pass up: "He called me up one day and said, 'We're going to Dre's house,'" Demrick says during an interview with SkeeTV. "He said, "Just come, ride along and let's see what happens.'"

The pair arrived at Dr. Dre's house where Xzibit introduced De as quite possibly the West Coast's next big artist. Before long, Young De found himself kicking it in Dre's kitchen "He's going around and he's kind of just playing instrumentals in his kitchen at his house," Demrick says of Dre. "He looked at me. He asked me, 'What do you got?'". As Young De started rapping, a crowd including Snoop Lion, The D.O.C. and Fred Wreck gathered in Dre's kitchen, Demrick says. Then, Dre pitted Demrick against another rapper, whom he did not identify.

Young De notes he was surprised at how the meeting with Dre played out. "You think you're going to press play for him and you're going to play some records," Demrick says. "You don't think it's going to come down to Dre, Snoop, everybody. Xzibit's in the corner saying, 'You're killing it. You're doing your thing.' You never think it's going to come down to a boom box a beat and what you got."

Young De features on Xzibit's 2012 album Napalm and has been part of Xzibit Live Shows for the past couple of years.

For more information on Young De go to IamDemrick.com